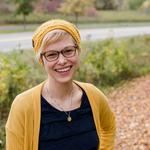 Updated 1 week ago by Chris Asp

Why append tags to lists?

To see your lists in CaliberMind click on the lists tab.

Select View All under LISTS and select the one you want to work with.

The list will show a preview tab, metadata tab, and sql tab.

If the list has been imported it will not show the SQL because there is none.

Imported lists can be referenced in SQL in other lists like

It will allow you to add a new tag either Account or Campaign from the drop down.

In your list table you will see a Labels column that will denote whether the tag is Campaign or Account.